We have a colourful history with camping trips. In the 10 years Andy and I have been together, we’ve not once had a camping trip which hasn’t seen some kind of drama. We’ve had floods, breakdowns on the way home (resulting in us sleeping in the car), flat car batteries (resulting in us sleeping in the car on a racecourse. Yes, really) snowstorms, God awful campsites, illness, stir-crazy toddlers. You name it, it’s probably happened to us.

So, we thought we’d make our lives a bit easier, and more comfortable, and buy a campervan. We sold our second car and used the proceeds to buy Bertie, a 1982 Bedford camper. After a few more disastrous trips under our belt, the final straw came at Easter when we found ourselves on a campsite (read: in the middle of a field) with no working showers, filthy toilets and no facilities bar the aforementioned ‘amenities’. Smelly grown-ups, bored kids. On the day we were due to come home the county saw the worst snow it had in a number of years. Stranded, unable to leave with no food or clean clothes I’d fallen out of love with camping and was set to sell Bertie. 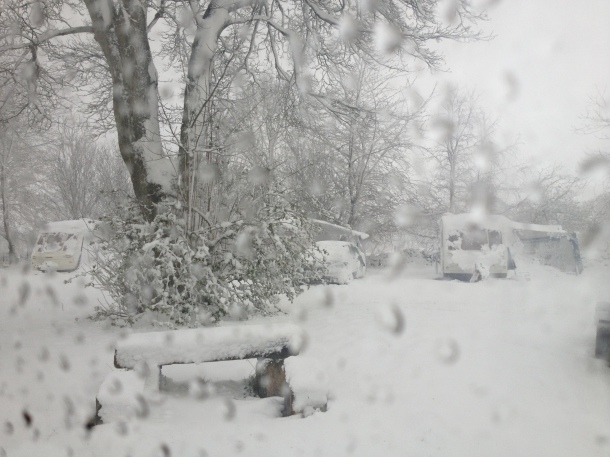 Except I wasn’t quite ready to give up that easily so a few weeks back we booked one final make-or-break trip. The rules: I book the campsite, We don’t travel too far and it must have facilities for the children. So I found a gem of a site in Devon and off we went.

It was fabulous. The sun (remember that?) shining helped and the campsite was superb. I was just at the end of my illness and Max was still not 100% so we decided on a weekend of Doing Nothing. No day trips, no sightseeing (my Dad lives in Devon so we have plenty of chances for that) just spending time together and relaxing. In the broadest sense of the word, with 2 pre-schoolers around.

Tell you what, I’m booking all the campsites in future. Wi-fi, freshly baked bread, an indoor pool, adventure play for the kids and an OFF LICENCE. Amaze. We played, we swam, we ate, we read and, er, watched DVDs. The boys aren’t ones for sitting colouring, crafting or reading (yet). To little, too much energy. The trick, we’ve discovered, is to go somewhere where there’s plenty to keep them occupied. Happy kids = relaxed parents, yes? They spent the entire break running around, playing, making up games, pretending to be puppies and having a ball. I’m already looking forward to our next trip. 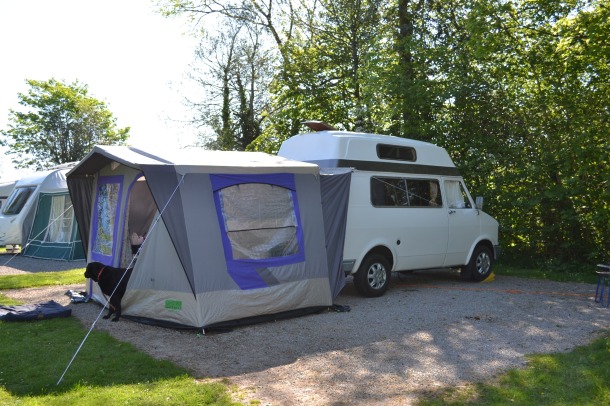 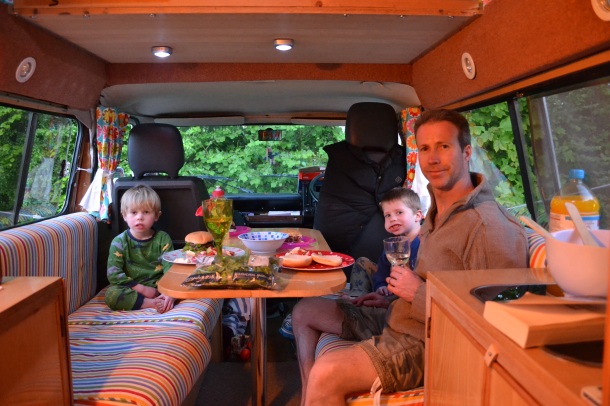 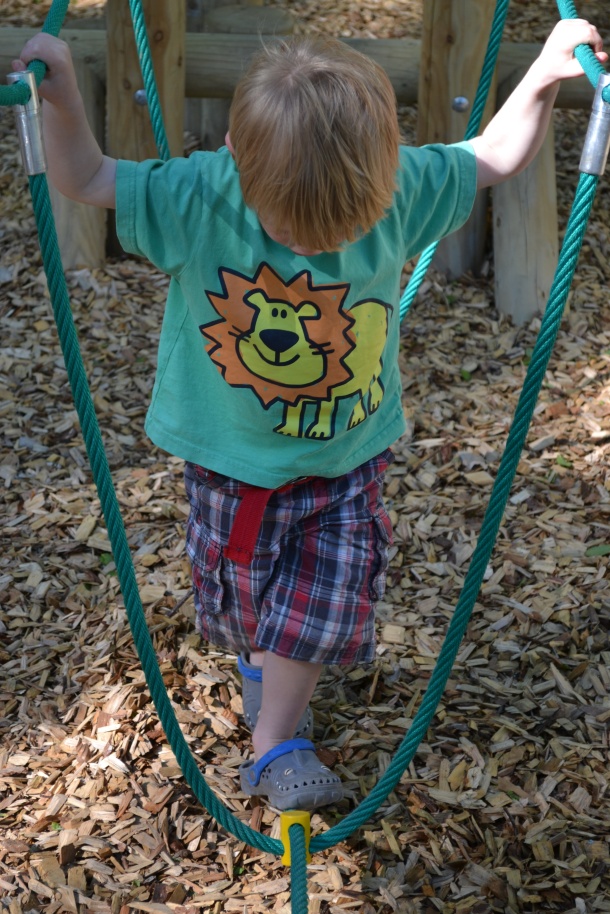 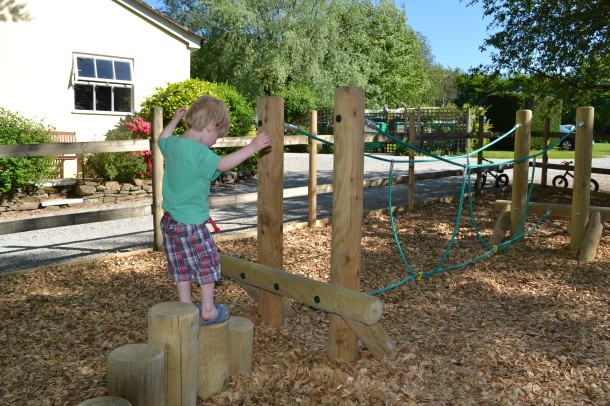 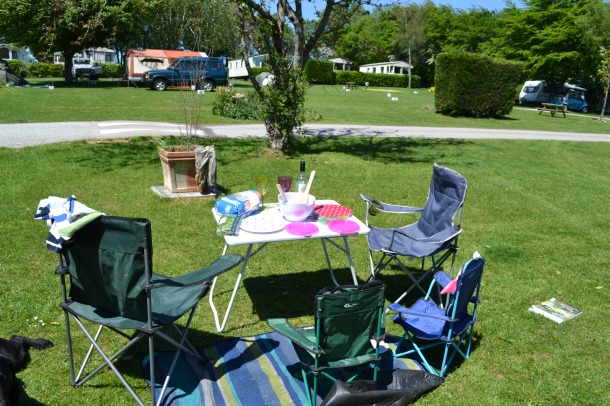 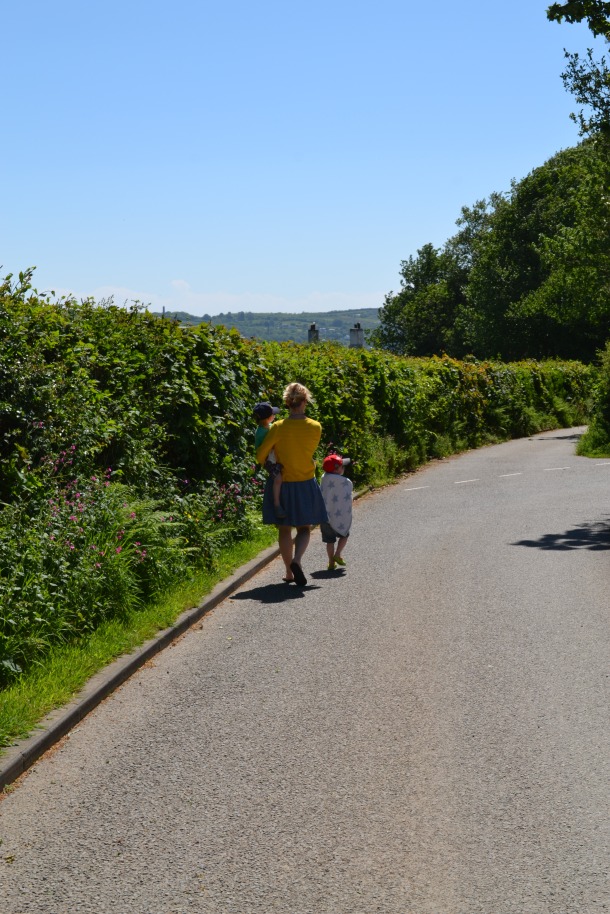 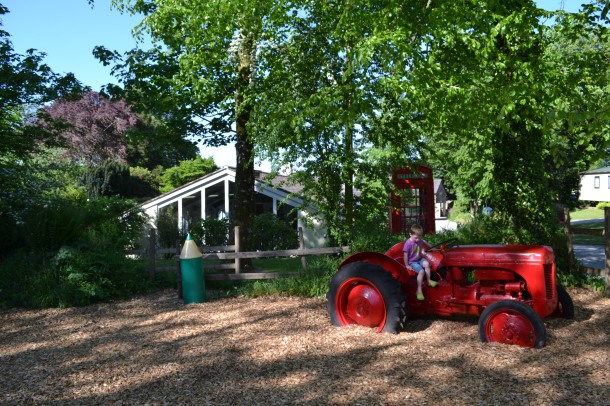